What is a Paleo Diet?

Dr. Loren Cordain, professor of health and exercise science at Colorado State University and author of The Paleo Diet originally coined “The Paleo Diet”, in 2010. A Paleo diet is based on the hunter-gatherer eating habit of the Paleolithic Era. This hugely popular diet is based off of one question: ‘What would a caveman eat?’ So, we did some research and reached out to notable dietitians to help us understand what exactly the Paleo diet involves, its pros and cons, and, ultimately, the truth behind whether a Paleo diet is a healthy choice. 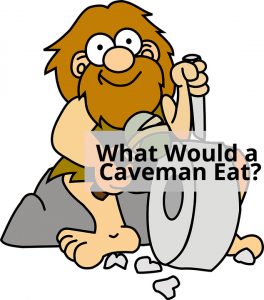 What Does a Paleo Entail?

A Paleo diet is more than just a diet, it’s typically seen as a lifestyle choice around consuming foods based on what we presume was eaten by early humans. “The Paleo diet is by no means a temporary diet,” says Dr. Cordain. Cordain advises making the lifestyle change to a Paleo diet for the long haul rather than just stopping when feel better or reach your goal weight. He says, “By following these nutritional guidelines, we put our diet more in line with the evolutionary pressures that shaped our current genetics, which in turn positively influences health and well being.”

On a Paleo Diet, You Can Eat:

Is a Paleo Diet Healthy?

Experts can’t seem to agree on the benefits of a Paleo diet because, overall, they are generally unproven. While some believe that the changes from a hunter/gatherer diet to our modern agricultural diet is connected to the rise in our modern chronic diseases like obesity, diabetes and heart disease. Others, like Christoper Ochner, MD, research associate at the New York Obesity Nutrition Research Center at St. Luke’s and Roosevelt Hospital say, “Our ancestors ate this way and didn’t have many of the chronic diseases we do, but that doesn’t mean the food they ate is the reason why; drawing that conclusion would be like saying we live three times longer than our Paleolithic ancestors because we eat fast food.”

To help us determine whether making the change to a Paleo lifestyle was healthy and beneficial, we reached out to Toby Amidor, MS, RD nutrition expert and author of The Greek Yogurt Kitchen: More Than 130 Delicious, Healthy Recipes for Every Meal of the Day. “The Paleo has some positive attributes including eliminating most processed foods and upping fruits and veggies. It also promotes lean meats and lots of physical activity. However, it does eliminate several food groups including dairy, grains, and legumes, which means cutting off good sources of numerous important nutrients, which aren’t always easy to get in large amount from other sources. Further, the Paleo diet isn’t so easy to follow while traveling as it’s still tough to avoid all flour and refined sugars in areas throughout the country.” 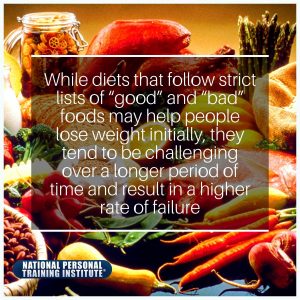 Overall, a one-size-fits all diet is typically problematic for most people. While diets that follow strict lists of “good” and “bad” foods may help people lose weight initially, they tend to be challenging over a longer period of time and result in a higher rate of failure. With that being said, there is value in some of the principles of the Paleo diet, but a better option is always a modified healthy dieting approach that is specific to you goals and needs.