Depression and anxiety affect as much as 25 percent of all Americans, which makes them the most common mental illnesses in the country. Pharmaceutical companies have dramatically increased development and marketing of antidepressants in recent years. This has made pharmacotherapy a leading treatment method for depression by the medical community. In contrast, a growing body of research suggests that exercise is gaining wider acceptance as a medicine in and of itself that can rival or even outperform pharmacotherapy. 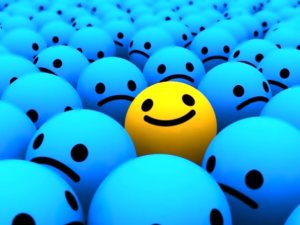 Antidepressants primarily work on brain chemicals called neurotransmitters such as serotonin, norepinephrine or dopamine. While scientists understand that these chemicals work to regulate mood, they are unsure exactly how they work.

To some degree the same can be said for exercise. It is believed that exercise works to lower depression by enhancing endorphins: the natural chemicals that act like morphine and other painkillers. There’s also a theory that aerobic activity boosts norepinephrine, a neurotransmitter that plays a role in mood. And like antidepressants, exercise helps the brain grow new neurons.

In at least one earlier blog on this site, we dealt with the connection between the brain, mental health and exercise that cited one or two studies. This was a fraction of literally dozens of studies done over the last decade that deal with exercise and depression. While people generally know that they somehow ‘feel better’ after exercising, there is also scientific evidence that shows how it helps to combat depression.

Some of the evidence for that comes from broad, population-based correlation studies. Some of the leading studies done in most recent years have been covered in an earlier online cover story for the American Psychological Association. 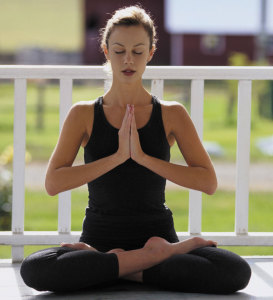 The article delved into the many recent studies that show the efficacy of reducing depression and anxiety via use of aerobic exercise both with and without pharmacological treatments. This is in addition to other common lifestyle adjustments that have been successful in relieving symptoms, like meditating or getting more sleep.

Several of those studies profiled in the cover story recounted two in particular that were conducted by James Blumenthal, PhD, a clinical psychologist at Duke University. Blumenthal and his colleagues created randomized groups of participants that were suffering from chronic depression.

Over the course of four months of treatment, some groups remained sedentary with and without use of antidepressants while other exercised. Blumenthal found that patients in the exercise and antidepressant groups had higher rates of remission of depression symptoms. The study concluded that exercise was generally comparable to antidepressants for patients with major depressive disorder.

Blumenthal followed up with the patients one year later via an additional study. He and other researchers found that participants who continued their regular exercise regimens had lower depression scores than participants that remained or reverted to a sedentary lifestyle.

In this follow-up to the original study, the researchers concluded that exercise was not only important for treating depression, but also preventing relapse. In 2012, an article that details all of the findings of Blumenthal and his colleagues was made available online.

This follow-up study article was provided by the National Center for Biotechnology Information, U.S. National Library of Medicine (NCBI, NLM), which is a research division of the National Institute of Health (NIH). The article profiled the study by the researchers is a pretty definitive primer on types of depression, treatment methods its effects on the lives of those that live with it and the studies that show how exercise can be an effective medicine in lowering depression levels.

Several of the biggest challenges to broader use of exercise as opposed to pharmacotherapy for treating depression are the perceived time constraints by people for engaging in regular exercise as well as the natural symptoms of low motivation, lethargy and low energy for those with depression. These factors and other can make exercise a challenging alternative for many patients. Fortunately, that view is changing with help from the medical community.

Researchers acknowledge that exercise, like any other treatment, won’t work for every depressed patient. That being said, the percentage of psychiatrists who incorporate it into their practices are finding that it is an effective treatment when and where it can be applied. The key they say is to begin treating exercise like a medicine so that it can be prescribed in the most effective way possible to lower depression levels.

One Response to “Exercise as Medicine?”